Day 1 – Arrival at Van – Ercek Lake, Bendimahi marshes
The tour will start at Van. We would kindly ask you to be present at Van Airport at around 12.00. There is a direct flight arriving from Istanbul at 08.55. There are also direct flights from other major cities in Turkey (for example Ankara). In case you need to come the day before we can arrange your extra hotel reservation at Van. We will start this birding tour visiting the surroundings of Lake Van, the biggest lake in Turkey. We drive to a small lake located east side of city Van, which is called Erçek Lake. Armenian gulls are very common also we will have chances to seeRuddy Shelduck, White-headed Duck, Black-necked Grebe, Black-headed Bunting, Common Pochard, Marsh, Terek and Broad-billed sandpiper. Later in the afternoon we drive to the northern edge of the Van Lake to Bendimahi marshes. We will have a chance to see Paddyfield warbler, Rosy Starling, Reed Bunting, and several gulls and terns. The fields hold Calandra and Greater short-toed Larks and Long-legged Buzzard.
We will stay 2 nights at the Tamara Hotel at Van. Located in the centre of Van, this 4-star hotel offers air-conditioned rooms with a satellite TV. Free Wi-Fi is available in public areas. It has 3 in-house restaurants and a bar with live music.
Locally made herb cheese is part of Tamara’s daily buffet breakfast. Fresh fish, grilled specialities, and traditional Turkish cuisine are served in the evening.

Day 2 – Caldiran plain, foothills of Mount Tendurek and Mount Ararat, Ishakpasa palace
(distance Van – Dogubeyazit – Van 365 km)In the early morning we will drive to the north of Lake Van and visit the lava fields of Mount Tendurek to the meadows of Caldiran Plain, inhabiting this area is Citrine Wagtail, Crimson-winged Finch, Snowfinch, Bluethroat, Turkish Twite, Scarlet Rosefinch, Black-headed and Ortolan Bunting, Dipper, Bimaculated Lark, Common Sandpiper and Marsh Warbler, Montagu’s Harrier is also possible. Later, we will visit Ishakpasa Palace, the palace of the local Ottoman governor. The rocky hills around the area hold Mongolian Finch, Grey-necked Buntings, Rock Thrush, Black Redstart, Tree Pipit, Horned Lark. If we have some time remaining we will visit the foothills of Mount Ararat where Black-bellied Sandgrouse dwell and at Dogubeyazit marshes we might see Ferruginous Duck.

Day 3 – Sodaligol, northwest coasts of Van Lake – Tatvan
(distance Van – Tatvan via Van Lake 145 km)
Today our first stop will be at a splendid but small lake, which is located just near Lake Van, and at the foothills of Mount Suphan. Lake Sodaligol has soda like its big brother Lake Van plus some sandy parts, marshes and muddy surfaces. It is surrounded by villages but locals are friendly with their birds here. So birds are very tame to people. Dozens of White-headed Duck, White-winged, Whiskered Tern, Oystercatcher, Greater Sand Plover, Curlew and Terek Sandpiper, Pied Avocet, Sand Martin, Black-necked Grebe, Yellow wagtail, Slender-billed and Armenian Gull.
We will stay for 1 night at the Kardelen Hotel at Tatvan. Hotel Kardelen is a 3 star hotel close to the Van Lake.

Day 4 – Nemrut Crater Lake and travel to Diyarbakir, short stops on River Tigris
(distance Tatvan – Diyarbakir 280 km)
In the morning we visit Nemrut Crater Lake the second biggest Crater Lake in the world! Radde’s Accentor, Crimson-winged Finch, Trumpeter finch, Whitethroat, Grey Partridge, Golden Eagle, Siberian Stonechat, Rock Thrush, Black-headed and Ortolan Buntings are possible. It is also possible to see Velvet Scoter inside the lake. Hills hold Red-billed Choughs. Later on, we will have a long drive to Diyarbakir. The river Tigris is the most western distribution range of the Red-wattled Lapwing. We will look for the bird along the small streams draining to the river Tigris with short stops.
We will stay for 1 night at the SV Business Hotel at Diyarbakir. SV Business Hotel is located in the centre of Diyarbakir. The contemporary rooms include satellite TV and air conditioning. This design hotel has a gym and sauna. The hotel has a bar and restaurant onsite. SV Business Hotel also offers free Wi-Fi

Day 5 – Mount Nemrut (komagene) and surroundings of Ataturk dam
(distance Diyarbakir – Sanliurfa 185 km)
There are two mountains called Nemrut in Turkey. Today we will visit the tomb at the top of Mount Nemrut which bears unique testimony to the civilization of the kingdom of Commagene. We will see fantastic scenery plus a good selection of birds. Red-tailed Wheatear will be our star bird here. Others we will see are: White-throated Robin, Cinereous and Black-headed Bunting, Upcher’s warbler, Hill and Rock Sparrows, Snowfinch, Horned Lark, Common Kestrels, Western Rock Nuthatch, Red-billed and Alpine Choughs. We will use a ferry to pass the biggest dam in Turkey. Armenian Gulls will be around and the sky has some raptors like Griffon vultureshere. Afternoon, we will visit another tomb where Blue-cheeked and European Bee-eaters are nesting. Pallid and Common Swifts are also around here.
We will stay for 1 night at the Arte Hotel at Sanliurfa. Hotel Arte in Sanliurfa invites you to enjoy its modern interiors, state-of-the-art amenities, wonderful city views and central location.
What Hotel Arte’s individually designed and decorated rooms have in common is modern facilities such as air conditioning, minibar, satellite TV and free Wi-Fi.

Day 6 – Kizilkuyu, Birecik wadi, Bald ibis station, Pistachio gardens, gravel pits – Gaziantep
(distance Sanliurfa – Gaziantep 150 km)In the early morning we will visit the semi-desert habitats where the wild Goithered gazelles run freely, just near city Urfa. See Partridge, Pin-tailed Sandgrouse, Cream-coloured Courser, Lesser Short-toed Larks, Pale Rock Sparrow, Finch’s Wheatear, Desert and Trumpeter Finchs are highlights here. At noon we will arrive at Birecik, the most visited town by birders along the River Euphrates, and home to Northern Bald Ibis. Birecik is a very rich area of rare habitats and birds. Pistachio orchards, woods along the river Euphrates (Firat) and calcerous wadis are home to Bald Ibis, Little Swift, Pallid Scops Owl, Upcher’s and Ménétries’s Warbler, Iraq Babbler, Dead Sea Sparrow, Chestnut-shouldered Petronia, Pale Rockfinch and Desert Finch. We will visit the site for the colony of Iraq Babblers. At night we will look for owls.
We will stay for 1 night at the 4 stars Tilmen Hotel at Gaziantep. Centrally located in downtown Gaziantep, Hotel Tilmen features a fitness centre, sauna and a Turkish bath. There is free Wi-Fi throughout the building and a 24-hour front desk service. Air-conditioned rooms offer a TV, minibar and a safety deposit box

Day 7 – Isikli and Durnalik on the way to Adana stop for at Kirmitli bird paradise – Adana
(distance Gaziantep – Adana 225 km)
In the morning we will stop at dry oak scrub (the landscape is spectacular, called moonland!) near Isikli and Durnalik to look for Red-tailed Wheatear and Upcher’s Warbler, together with White-throated Robin, Eastern Orphean Warbler, Western and Eastern Rock Nuthatch, Cretzchmar’s Bunting, Sombre Tit and Cinereous Bunting. Saker is possible here! In the afternoon driving east and visit newly discovered Kirmitli Reserve to look for White-throated and Pied Kingfishers.
We will stay for 2 nights at the 4 stars hotel Adana Plaza at Adana. Just a 5-minute drive to Adana Sakirpasa Airport, Adana Plaza Hotel is a 15-minute walk to the Seyhan River. It offers free Wi-Fi and air-conditioned accommodation with LCD TV. The rooms at Plaza Hotel Adana come with modern furnishings and electric kettle.

Day 11 – Along the river Goksu, back to Adana end of the trip
In the hills along the river Goksu we will explore the Mediterranean scrub in search for Olive-tree and Rüppell’s Warblers, Krüper’s Nuthatch, Cretzchmar’s Bunting and Masked Shrike. Short-toed Snake-Eagles and Booted Eagles are possible too. Afternoon we drive back to Adana airport and finish our trip. 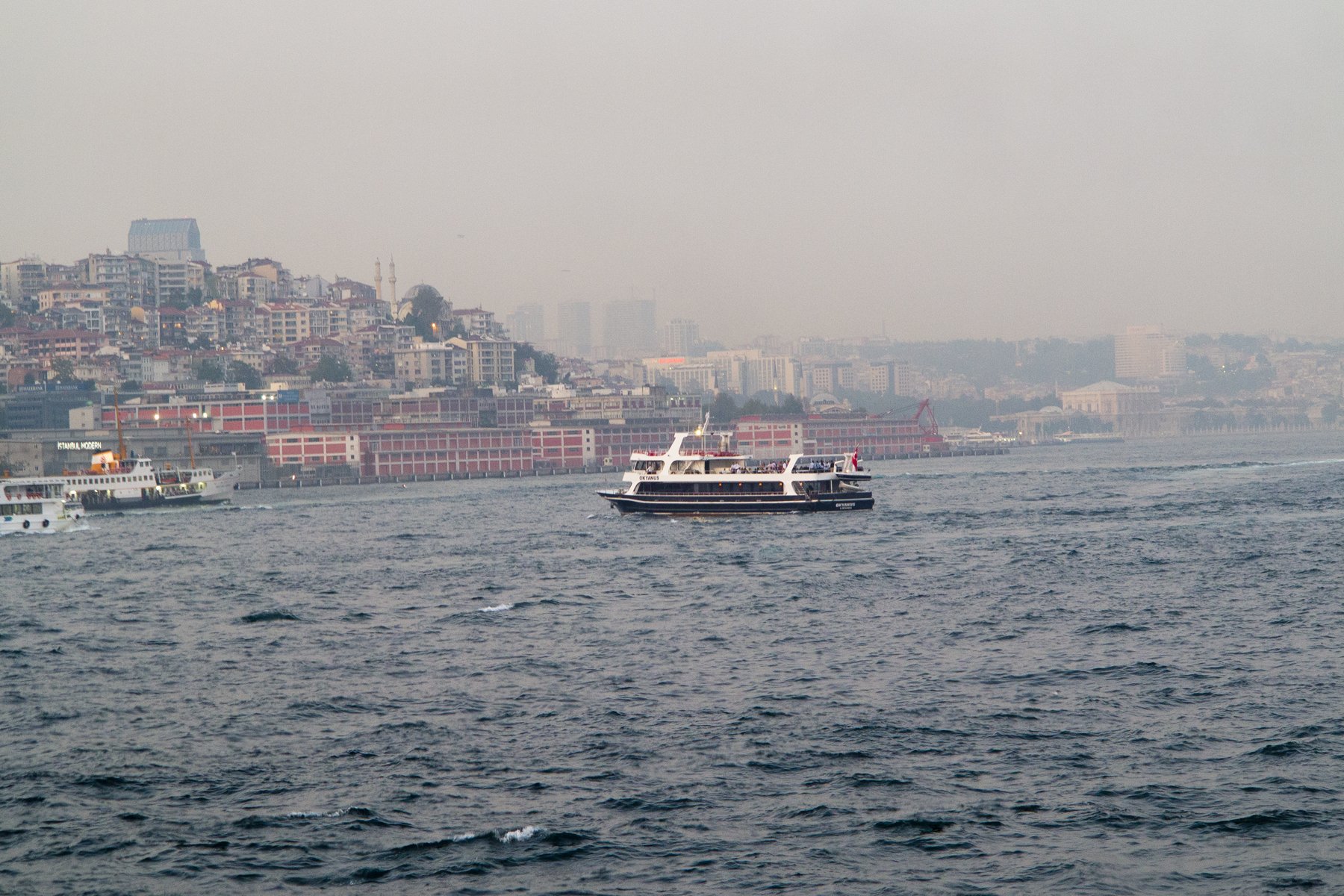