Day 1 – Arrival in Kirkenes – Pasvik National Park
The tour will start at Kirkenes, which is a small town, known as the capital of the Barents Region and the gateway to the east, as it is close to the Russian border. We would ask you to be present at the airport of Kirkeness from 12.00. There are a limited number of flights to this remote location from Oslo or Tromso so early booking is recommended. We can help you arrange accommodation should you choose to arrive earlier. Once the group is together we can start our birding on the way to the Pasvik National Park, where we stay for three nights.
We will stay in the Svanhovd Miljosenter Hotel, which is in the same building as the Pasvik National Park Center. This also is the Barents Environmental Centre. The hotel is medium standard and all rooms are en-suite, with Wi-Fi. Guests also can use the extensive library as well as the sauna. A short walk from the hotel may produce Siberian Tit, Lesser Spotted Woodpecker, and Pine Grosbeak.
Birding the road we will stop to look for Arctic Warbler, Little Bunting, Pine Grosbeak and Brown Bear in one of the largest primeval forests in Norway. It is an offshoot from the Siberian Taiga and is dominated by pine and birch.

Day 2 – Pasvik National Park
The early hours of the morning are the most active times of the day, even with 24 hours daylight, so we will be rising early and after breakfast we will head into the forest to search for Siberian Tit, Rustic Bunting, Two-Barred Crossbill, Bohemian Waxwing, Siberian Jay, Hawk Owl, Great Grey Owl, Capercaillie, Black Grouse, Three-Toed Woodpecker, Waxwing, and other arboreal species. In fact over 200 species have been recorded in and around the Park.
The shallow parts of the Pasvik River are also important birding areas where we should see Jack Snipe, Spotted Redshank, Smew (which is one of the most exotic duck that breeds in Norway) Wood Sandpiper, Little Gull, Broad-Billed Sandpiper, Bluethroat and a wide range of ducks, waders and divers including, Red-Breasted Merganser, Goosander and Common Scoters.
The most common birds of prey are the Rough-Legged Buzzard and Merlin.
Pasvik is one of the best areas in Scandinavia to see the Brown Bear and each year there are sightings of this majestic animal.

Day 3 – Kirkenes – Hurtigruten Ferry to Vardo
This morning we will head north towards Kirkenes, a 40 minutes drive, birding the route. In Kirkenes we will take the Hurtigruten Ferry which will arrive 4 hours later in Vardo, where we spend the next 5 nights. During the crossing we can expect to see White-Billed Diver, Gannet, Fulmar, Storm Petrel, and with luck, Pomerine Skua.
We will be staying 5 nights in the Vardo Hotel. It faces the Barents Sea. All rooms are en-suite with Wi-Fi, TV, minibars and tea/coffee facilities are in all rooms. Vardo is Finnmarks oldest fishing village and the restaurant specialises in local seafood. There is also a gym and solarium. The historic Vardohus Fortress is only 400mtrs away, for those enjoying a midnight stroll.

Day 4 – 5 – Varanger Peninsular
During the migration the shores and wetlands are alive with waterfowl, waders, and passerines and some species occur in hugh numbers. These days we will search the tundra for waders, skuas and arctic passerines. We hope to see Red-Throated Pipit, Bluethroat, Arctic Redpolls, Lapland Longspur. Gyr Falcon and Snowy Owls are possible in good Lemming years. Arctic Terns and Kittiwakes breed in huge colonies. Temmicks Stint, Red-Necked Phalaropes and Bar-Tailed Godwits will have just started to bred and we will visit one of the few remaining lek-sites for Ruff. We will search for Red and Black-Throated Divers Stellers and King Eiders, Velvet Scoter, Arctic and Long Tailed Skuas, Glaucous and Iceland Gulls, Shore Lark and Snow Bunting, Little Stint and Curlew Sandpiper. Sandpiper. Hen Harrier, Peregrin, Golden Eagle and Short-Eared Owl are also possibilities over the next few days.(Please note that weather conditions may alter the schedule for our stay in Vardo).

Day 6 – Hornoya Island
Today we take a boat trip to this famous island where birds can be counted in hundreds of thousands. The Hornoya Nature Reserve is the eastern most protected bird reserve in Norway and a breeding area for thousands of Shag, Black-Legged Kittiwake, Razorbill, Common, Black and Brunnichs Guillemots, and Puffin. This will be a memorable day as this also is a photographers paradise. We can expect to see many White-Tailed Eagles and on the walk to the lighthouse we will seek passerines and we will look amongst the grasses for passerines, as a number of rarities have turned up in recent years.
.

Day 7 – Hamningberg
Today we drive through the most spectacular scenery to Hamningberg, a deserted fishing village, which is the foremost sea-watching spot in Norway. On a good day over half a million birds have been seen passing by, including White-Billed Divers, Shags, Kittiwakes, Fulmars, Gannets, Skuas Eiders, Guillemots and many other species. There also have been significant numbers of rarities turn up here , so we might be lucky in seeing something special. In the adjacent grasses there are Red-Throated Pipit, Arctic Redpoll, and Temmicks Stint. On the drive we will also stop to look for Bean Goose, Willow Grouse, and Ringed Plover as well as going inland to seek Dotteral Shore Lark and Ring Ousel.

Day 8 – Vardo – Kirkenes
Today we leave Vardo for the 3.5 hour drive to Kirkenes airport and the end of the tour. 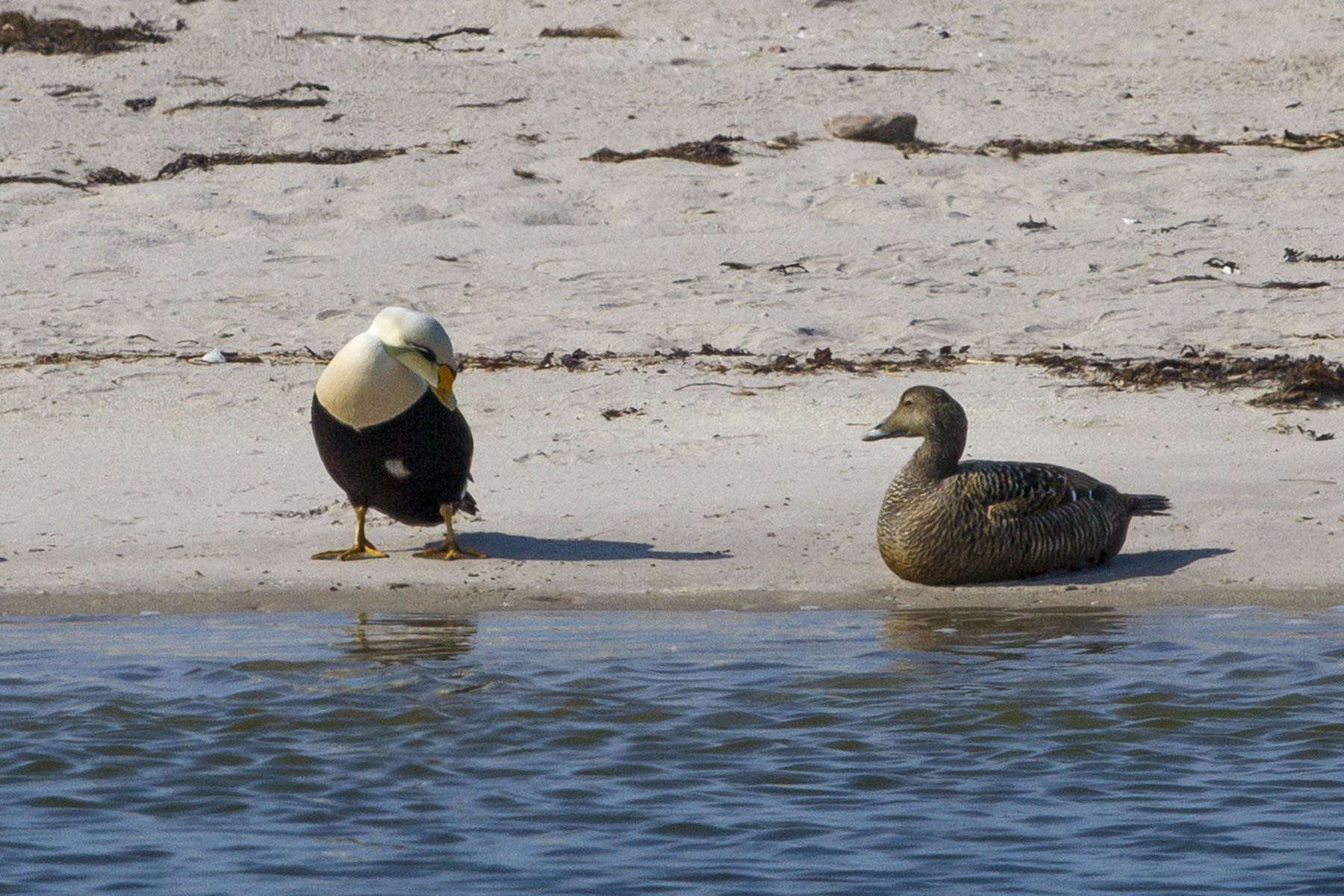